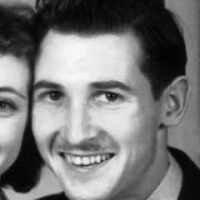 The Life of Cecil Earl

Put your face in a costume from Cecil Earl's homelands.

Journal of Nellie Wadsworth May 11, 1983 About 10 PM The telephone rang and I answered it. It was Clyde Black! He said he was calling from the Washington [DC] Temple. He asked if Cecil was there a …