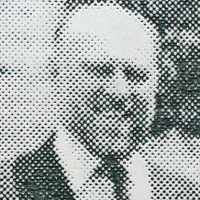 The Life of Donald Norgall

Put your face in a costume from Donald Norgall's homelands.

The Famous Hermitage Hotel burns down after many years of providing dining and housing for vacationer visiting Ogden or the Ogden Valley.
1954 · Ogden has sister!

Ogden and Hof Germany became sister cities and continue to have commercial and social ties to this day.