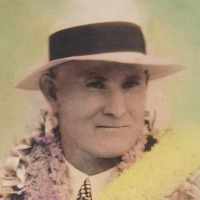 The Life Summary of Leo LeRoy

Put your face in a costume from Leo LeRoy's homelands.

Leo Gardner started the first savings and loan company in the Hawaiian Islands .It is called Honolulu Savings and Loan. His partner was George Knapp. He was a great businessman. He made a great deal o …