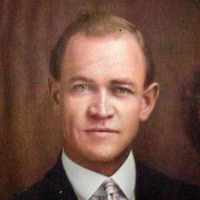 The Life Summary of Norman Stillwell

Put your face in a costume from Norman Stillwell's homelands.

A History of Martha Bowen Anderson I am one in a family of eleven,. My father Benjamin L. Bowen, born Jan 14 1852, and my mother born Feb. 13, 1855, were both Pioneers. Their family consisted of fou …