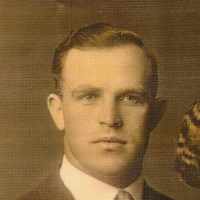 The Life Summary of Orvil Elihu

Put your face in a costume from Orvil Elihu's homelands.

Orvil grew up in Rigby Idaho. He moved to Gridley CA when his mother had to leave Idaho due to health reasons. He was a farmer. Orvil served a mission for the LDS church in the Sourther States Mi …