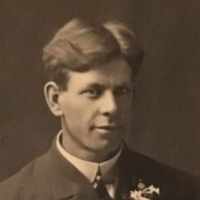 The Life of Rasmus

This Act tried to prevent the raising of prices by restricting trade. The purpose of the Act was to preserve a competitive marketplace to protect consumers from abuse.
1900 · Gold for Cash!

LIFE STORY OF JACOB MICHAELSON (born 1839) As written by his granddaughter He was a brother-in-law of Mercy Truth Barker Keetch, who was Ann G. Keetch Nelson's mother.

Jacob Michaelson was born February 1, 1839 at Oster Egesborg, Denmark. His father, Rasmus Michaelson, was a man of medium stature and complexion. His mother, Anna Jacobson, was a gentle quiet sort, …