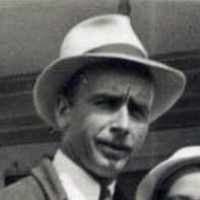 The Life of Verne

Put your face in a costume from Verne's homelands.

A law that funded many irrigation and agricultural projects in the western states.
1904 · Hobble Creek Hydroelectric Power Plant

The Hobble Creek Hydroelectric Power Plant was completed in 1904. Many poles and wires were installed to bring power into the town and its homes. The plant is still in operation today.
1927

Springville, Utah; June 25, 1980 About one and a half miles west of my fathers homestead, located about twelve miles northwest of Moorcroft, Wyoming, is what we used to call Little Pine Ridge. It …