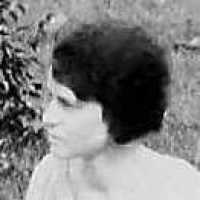 The Life of Lenore

Put your face in a costume from Lenore's homelands.

The first of many consumer protection laws which ban foreign and interstate traffic in mislabeled food and drugs. It requires that ingredients be placed on the label.
1907 · The Marshall Public Library

The first Public library in Pocatello opened its doors in 1907 and has served the community even since.
1929

English: from Old French basset, a diminutive of basse ‘low’, ‘short’, either a nickname for a short person or a status name for someone of humble origins.