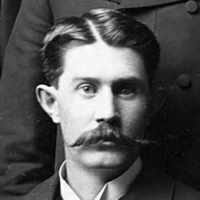 The Life of Elias A

Put your face in a costume from Elias A's homelands.

The Act was an extension of the Fifteenth Amendment, that prohibited discrimination by state offices in voter registration. It also helped empower the President with the authority to enforce the first section of the Fifteenth Amendment throughout the United States. Being the first of three Enforcement Acts passed by the Congress, it helped combat attacks on the suffrage rights of African Americans.
1886

It was the Sabbath, May 1, 1910. Members of the Provo 4th Ward had come to their ward house in Provo to worship in the regular monthly fast and testimony meeting. At 1:00 that afternoon, Bishop Al …