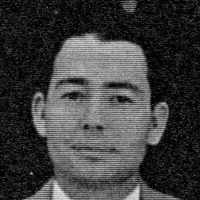 The Life Summary of Ezra McClain

Put your face in a costume from Ezra McClain's homelands.

Story taken from the book; "Missionary Work In Hollister"; by E. McClain Barrus 1991

The following has been taken from the book “Missionary Work in Hollister” by Ezra McClain Barrus. This book may be found at the FamilySearch catalog in microfilm format; https://familysearch.org/searc …