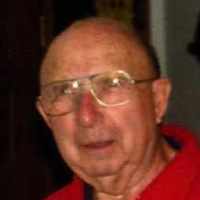 The Life Summary of Byron Murphy

When Byron Murphy Billings was born on 25 May 1918, in Salt Lake City, Salt Lake, Utah, United States, his father, Henry Harper Billings, was 37 and his mother, Effie Bird Murphy, was 31. He married Barbara Nellie Shutt on 19 March 1942, in Maricopa, Pinal, Arizona, United States. They were the parents of at least 1 son and 1 daughter. He lived in Portland, Multnomah, Oregon, United States in 1969 and Tigard, Washington, Oregon, United States in 1998. He registered for military service in 1941. In 1976, at the age of 58, his occupation is listed as retiring from the army reserve as a full colonel. He died on 2 January 2013, in Roseville, Placer, California, United States, at the age of 94, and was buried in Sacramento Valley National Cemetery, Dixon, Solano, California, United States.

Put your face in a costume from Byron Murphy's homelands.

Founded by Anton Drexler and Karl Harrer, the German Worker's Party, which eventually would become the Nationalist Socialist German Worker�s Party or Nazi Party. The Nazi Party would eventually take full control over Germany in 1933 and spark a second World War.

Byron Murphy Billings was returning home from the war with the Liberty Ship sailing from Germany to NewYork in 1946. The Liberty ship was a class of cargo ship built in the United States during World …