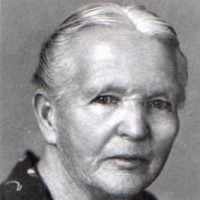 variant of Dodson with devoicing of the second consonant before voiceless /s/.

variant of Dudson, itself either a variant of Dodson or a habitational name from Dudston in Shropshire, with the assimilation of -t-.

I was born at St. Louis, Missouri, 22 February 1857. My father was John William Dutson and my mother, Elizabeth Jane Cowley. My father was away from home when I was born. When he was told that h …

Put your face in a costume from Florence Virginia's homelands.