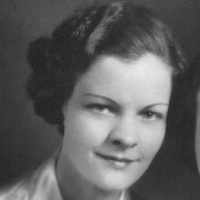 The Life Summary of Merlene

Put your face in a costume from Merlene's homelands.

(Paul Recalls) In our youth, my younger sisters, Starla and Sandra, and I would bring our friends home and almost immediately our friends would bo …