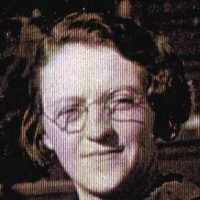 Put your face in a costume from Uella's homelands.

President William McKinley was shot at the Temple of Music, in the Pan-American Exposition, while shaking hands with the public. Leon Czolgosz shot him twice in the abdomen because he thought it was his duty to do so. McKinley died after eight days of watch and care. He was the third American president to be assassinated. After his death, Congress passed legislation to officially make the Secret Service and gave them responsibility for protecting the President at all times.
1911 · First U.S. Primary Elections Held

The first U.S. primary elections were held in Oregon in 1911.
1923 · The President Dies of a Heart Attack

How we loved Grandma Sillivan (Uella Bowles but she hated her name and went by "Ella"). She was always hard working and full of spunk. She had the best expressions ever like saying someone was "strong …