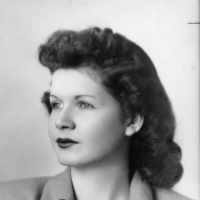 The Life of Thelma Bernice

Put your face in a costume from Thelma Bernice's homelands.

Quilting With Both Grandmas

Years before I married Tyler I found out he didn't have a baby blanket. Yes we were in college but I felt everyone needed a blanket quilted by someone that loved them. Grandma Carol had made mine (a …