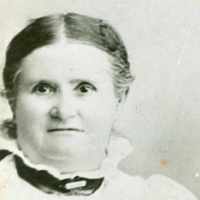 The Life Summary of Melissa Almera

Put your face in a costume from Melissa Almera's homelands.

Marriage: Don Carlos Babbitt - 29 January 1864 Salt Lake City, Salt Lake, Utah Melissa was 4 years old when she crossed the plains with her family in 1848 in the Willard Richards Company. (http://ww …