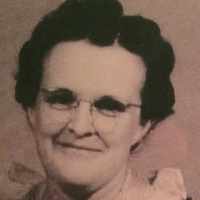 The Life of Bernice Henrietta

Put your face in a costume from Bernice Henrietta's homelands.

The Cathedral of the Madeleine is a Roman Catholic church that was completed in 1909 and currently serves as a cathedral for the Catholic community in Salt Lake City. It is the only cathedral in the U.S. under the patronage of St. Mary Magdalene.
1934 · Idaho Museum of Natural History

The Idaho Museum of Natural History was founded by a group of professors and researchers who wanted to display the regions natural and cultural heritage. The Museum started with a collection consisted of 5,000 objects that were primarily anthropological, archaeological, and historical artifacts that were donated. In 1977, the museum shifted its focus toward natural history, and the majority of the new collections were transferred from the Idaho State University Department of Biological Sciences to the museum. In 1986, the Idaho State Legislature confirmed the IMNH as Idaho’s official state museum of natural history.