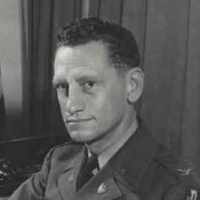 The Life Summary of Ernest Wilford

Put your face in a costume from Ernest Wilford's homelands.

Of Germanic origin, derived from the Old High German vocabulary word eornost ‘serious business, battle to the death’. The name was introduced into England in the 18th century by followers of the Elector of Hanover, who became George I of England. A variant spelling, Earnest , has arisen by association with the modern English adjective earnest.

Ernest Bosgieter with his nephews Melvin L. and Norman Lynn Henshaw, and nieces Maxine and Lucille Moore. Ernest is the third and youngest son of Jemima Wheat; the two boys are sons of her oldest son …