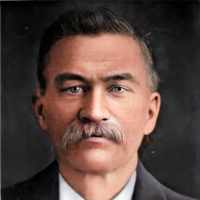 When George Wright Jr. was born on 31 August 1847, in Pollokshaws, Renfrewshire, Scotland, his father, George Wright Sr., was 39 and his mother, Deborah Ann Hazley, was 29. He had at least 8 sons and 5 daughters with Ellen Maria Hofheintz. He lived in Newton Mearns, Renfrewshire, Scotland in 1861 and Utah, United States in 1870. He died on 21 February 1919, in Blackfoot, Bingham, Idaho, United States, at the age of 71, and was buried in Grove City Cemetery, Blackfoot, Bingham, Idaho, United States.

George Wright, the son on Geroge Wright and Deborah Ann Hasley, was born in Busby, Scotland, August 31, 1848. His young life was spent working in factories around Busby. He told his children about …