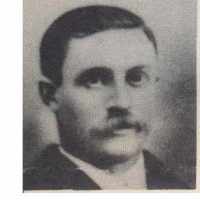 The Life Summary of Thomas Frederick

When Thomas Frederick Judd was born on 22 September 1860, in Southampton, Hampshire, England, United Kingdom, his father, Thomas Judd, was 39 and his mother, Ann Redding, was 40. He married Emma Clark on 20 December 1894, in Salt Lake City, Salt Lake, Utah, United States. They were the parents of at least 5 sons and 6 daughters. He lived in Medicine Hat, Cypress, Alberta, Canada in 1911 and Alberta, Canada in 1916. He died on 17 June 1917, in Burdett, Forty Mile County No. 8, Alberta, Canada, at the age of 56, and was buried in Grassy Lake, Taber Municipal District, Alberta, Canada.

Put your face in a costume from Thomas Frederick's homelands.

The Life Story of Thomas Fredrick Judd and Emma Clark