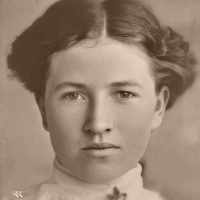 The Life of Louisa Sarah

Put your face in a costume from Louisa Sarah's homelands.

It was in New London, Henry County, Iowa that William Claudius Townsend Sampson, later known as "William", "William C.T.", and "WCT" was born August 30, 1839. Imagine the joy of Isaac and Martha at ha …