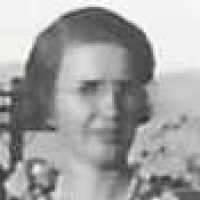 The Life of Myrtle Irene

Put your face in a costume from Myrtle Irene's homelands.

This Act set a price at which gold could be traded for paper money.
1907 · The Burro Mine

The Burro Mine was a large mining area that produced gold, silver, copper, and other valuable metals. The mine was dissolved involuntarily on November 9, 1974.
1920