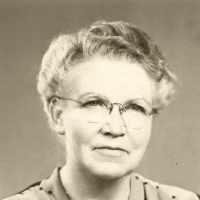 The Life of Gertrude Elizabeth

Put your face in a costume from Gertrude Elizabeth's homelands.

This Act tried to prevent the raising of prices by restricting trade. The purpose of the Act was to preserve a competitive marketplace to protect consumers from abuse.
1891 · Lots for sale

The city lots were disposed of at an auction sale, which made way for new houses, commercial buildings and manufacturing plants to be erected and caused an increase of people moving to the region.
1906 · Saving Food Labels

English: habitational name from a lost place in Yardley, Birmingham, recorded in 1645 as Puggmyre Farm. This derives from the name of its 13th-century landlord, Robert Pugg , whose surname is of unknown etymology, + Middle English myre ‘mire’, ‘bog’.