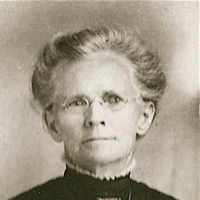 The Life Summary of Clara Ann

When Clara Ann Tolton was born on 13 April 1852, in Alton, Madison, Illinois, United States, her father, Edward H Tolton, was 30 and her mother, Mary Ann Tomlinson, was 20. She married Isaac Turley on 4 October 1867, in Salt Lake City, Salt Lake, Utah, United States. They were the parents of at least 5 sons and 7 daughters. She died on 4 September 1932, in Colonia Juárez, Casas Grandes, Chihuahua, Mexico, at the age of 80, and was buried in Colonia Juárez Cemetery, Juárez, Chihuahua, Mexico.

Put your face in a costume from Clara Ann's homelands.