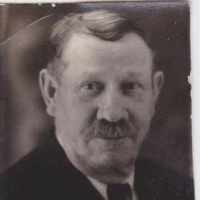 The Life of Lorenzo Nielsen

Put your face in a costume from Lorenzo Nielsen's homelands.

The Act was an extension of the Fifteenth Amendment, that prohibited discrimination by state offices in voter registration. It also helped empower the President with the authority to enforce the first section of the Fifteenth Amendment throughout the United States. Being the first of three Enforcement Acts passed by the Congress, it helped combat attacks on the suffrage rights of African Americans.
1890

and grandpa fell over the dashboard of the buggy and broke his neck and he died instantly. Father rode a horse to Rexburg to attend his funeral and it took him all day to get there. During his stay h …