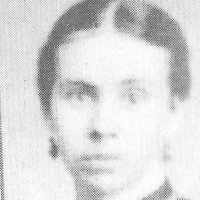 The Life Summary of Frances Lucy

Put your face in a costume from Frances Lucy's homelands.

Feminine form of Francis . In the 16th century the two spellings were used indiscriminately for both sexes, the distinction in spelling not being established until the 17th century.

Frances Lucy Traveller was born October 31, 1857 in Philadelphia, the daughter of Cornelius and Frances Hobbs Traveller. Her parents joined the L.D.S. Church in England and came to the United State in …