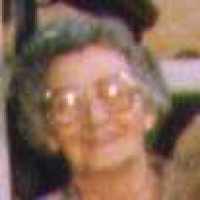 When Alice Marie Davey was born on 1 December 1920, in Grass Valley, Nevada, California, United States, her father, Richard J Davey, was 47 and her mother, Josephine B Beck, was 18. She married James Edward Allen on 2 December 1938, in Reno, Washoe, Nevada, United States. They were the parents of at least 1 daughter. She died on 11 November 2008, at the age of 87.

Letter written to James Edward Allen after his mother died. Written my his cousin, Reva. Los Angeles, Calif. November 4, 1937 Dear James and All, There is little one can do or say under such circu …