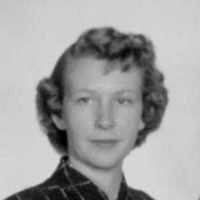 The Life of Emma Lou

Put your face in a costume from Emma Lou's homelands.

English: habitational name from any of the places so called, mainly in Berkshire, Shropshire, Somerset, and West Yorkshire. These get their names either from the Old English personal name Bacga + Old English lēah ‘woodland clearing’ or from an unattested Old English word, bagga, for a ‘bag-shaped’ animal (probably the badger) + lēah.

When Emma Lou was 3 1/2 years old she contracted polio, which became very common at that time. It affected the nerves/muscles in her left leg so they did not develop completely and also slowed the bo …