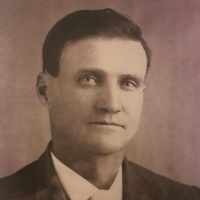 The Life Summary of Alexander Gordon

Put your face in a costume from Alexander Gordon's homelands.

General D.B Sackett was sent to the Montana territory to select a place for a military outpost near the Missouri River. He chose a spot near the Judith River. Camp Cooke also known as Fort Claggett, was organized on July 10 1866, by the 13th Infantry Regiment.

In 1883, Marcus Daly established the town of Anaconda, Montana. It was at the same time that the smelting works in Anaconda was established.

Scottish: patronymic from a short form of the personal name Matthew .Scottish: Anglicized form of Gaelic Mac Mathghamhna, Mac Mathghamhuin, abbreviated to Mac Mhathain ‘son of Mathghamhain’, a personal name literally meaning ‘good calf’, a kenning for ‘bear’. Compare Irish McMahon , Mahoney .History: In Scotland, this is the name of a Highland clan associated with the area around Lochalsh.

The next experience I had with my father was some years later. He had worked at Grand Canyon during the construction of the lodge at the North Rim, for some time. In traveling to and from his job, h …