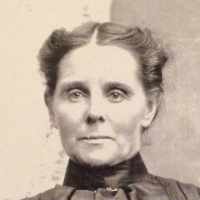 The Life Summary of Betsy Jane

Put your face in a costume from Betsy Jane's homelands.

Betsy Jane Bowers Wright I didn't hear my grandmother's story From her own lips; I didn't sit on her lap or at her knee And have her tell stories to me. I knew her only too slightly, But I l …