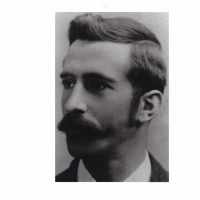 Recovery from Illness in Mission Field, 1910