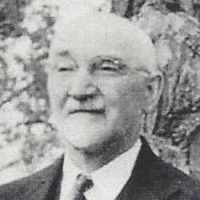 The Life Summary of John Frederik

Put your face in a costume from John Frederik's homelands.

Letter from John Fredrickson to John and Mary Gurney, July 28, 1903

July 28, 1903 Mrs. John Gurney As it is a very long time since I wrote and also since your letter arrived I have begun to realize that truth of the maxim “Patience is a virtue,” I hardly know though …