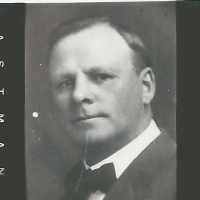 When James Astle Sr. was born on 6 June 1869, in Nottingham, Nottinghamshire, England, United Kingdom, his father, Charles Astle, was 49 and his mother, Mary Atkin, was 32. He married Elizabeth M Mayhew on 16 February 1896, in New York City, New York County, New York, United States. They were the parents of at least 3 sons and 3 daughters. He died on 11 December 1951, in Los Angeles, California, United States, at the age of 82, and was buried in Forest Lawn Memorial Park, Hollywood, Los Angeles, Los Angeles, California, United States.

I was 9 years on March 14 – in June of the same year I with my Mother, Bro. Jim and Sister Alice left England for America. The boat we sailed on made the trip in 7 days; that was the shortest time a …