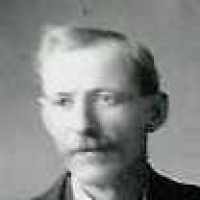 Put your face in a costume from Joseph Hyrum Daniels's homelands.

Joseph Hyrum Brown was born 6 January 1856 in Gorton, Lancashire, England. He emigrated to America with his parents in 1864. They settled at Harrisville, Weber County, Utah. His wife, Sariah Dianth …