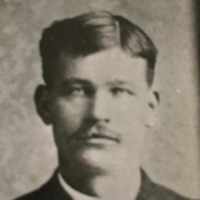 The Life Summary of Thomas Piercy

Put your face in a costume from Thomas Piercy's homelands.

English: variant of Bigg , with plural or post-medieval excrescent -s.

as told by Frank Piercy Biggs My Father came to Lehi, Arizona with is parents, Thomas and Syrina Biggs, of Provo, Utah. They were sent in a company to the Salt Lake Valley, by president Brigham …