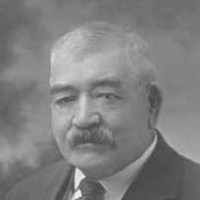 The Life Summary of Ezra Ames

Put your face in a costume from Ezra Ames's homelands.

(As told by his daughter, Lillie Huntsman Lester, to her daughter Rayola Lester Abbott) Ezra Ames Huntsman was the oldest child of Isaiah Huntsman and Rebecca Ames, The husband of Mary Williams and t …