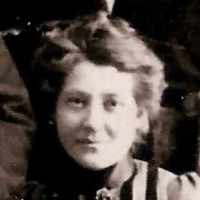 The Life Summary of Ida Bertha

Put your face in a costume from Ida Bertha's homelands.

South German:1. from an agent derivative of Middle High German tiuren ‘to assess’, hence an occupational name for a tax assessor. 2. perhaps a habitational name from any of the places called Theuern, in Bavaria, Thuringia, and Silesia, or from the Silesian place name Taurer, Thauraw.

Out of the Past

We arrived in Seattle October 8, 1901. Such a winter--I was cold all the time. There were no Saints here, so I wrote Elder George Parkinson, our Mission President in Portland, but he had left and it w …