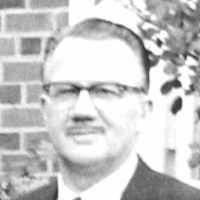 The Life Summary of Weston Robinson

Put your face in a costume from Weston Robinson's homelands.

On July 31, 1914 French socialist leader, Jean Jaurés was murdered. A few days later Germany starts plans to invade France. Britain then started to occupy France. The battles that took place in France were First Battle of the Marne, Gallipoli, Jutland, Battle of Verdun, Battle of the Somme, and the Brusilov Offensive. 25 percent of the allied military deaths that happened in World War I were from France. Between civilian and military deaths France lost 1,697,800 people and 4,266,000 were wounded.

My Father by Weston R Clark

Hyrum Don Carlos Clark My Father by Weston R. Clark Father to me was basically a man of mystery, a man who kept his own counsel and became thoroughly acquainted with few persons. His lifestyle seem …