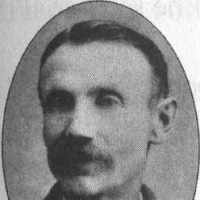 When James Carlson was born on 19 September 1853, in Rönneberga, Asmundtorp, Malmöhus, Sweden, his father, Swen Carlsson, was 24 and his mother, Bengta Bengston Larsdotter, was 27. He married Caroline Jensen on 14 February 1876. They were the parents of at least 3 sons and 3 daughters. He lived in Logan, Cache, Utah, United States in 1920. He died on 13 May 1926, at the age of 72, and was buried in Logan, Cache, Utah, United States.

According to a brief biographical sketch on findagrave.com, James Carlson emigrated from Sweden at the age of six with his parents, three-year old brother, and five-week old sister in 1853. For a SUP …