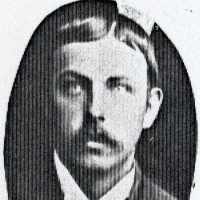 English (of Norman origin) and French: from a personal name that was popular throughout Christendom in the Middle Ages. The Greek original, Grēgorios, is a derivative of grēgorein ‘to be awake, to be watchful’. However, the Latin form, Gregorius, came to be associated by folk etymology with grex, gregis ‘flock, herd’, under the influence of the Christian image of the good shepherd. The Greek name was borne in the early Christian centuries by two fathers of the Orthodox Church, Saint Gregory Nazianzene (c. 325–390) and Saint Gregory of Nyssa (c. 331–395), and later by sixteen popes, starting with Gregory the Great (c. 540–604). It was also the name of 3rd- and 4th-century apostles of Armenia. In North America, the English form of the surname has absorbed many cognates from other languages, e.g. Italian Gregorio , German, Slovak, and Slovenian Gregor , Polish Grzegorz, Czech Řehoř (see Rehor ), and French Gregoire , and also their patronymics and other derivatives, e.g. Polish Grzegorczyk .

John William Gregory was born 17 November 1876, a son of Robert Gregory and Selena Marshall. He was born in Richmond, Utah. He was married to Lillie May Albiston on 20 November 1895. He homesteaded …