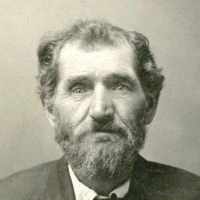 The Life Summary of George Bloomfield

Put your face in a costume from George Bloomfield's homelands.

In the ranch house down by. Big Creek was a hook in the kitchen on the east wall. He used it for pulling taffy.