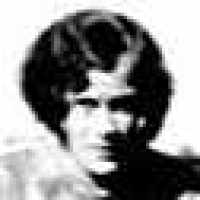 The Life of Florence Mary

Put your face in a costume from Florence Mary's homelands.

1 Scottish, English and French: from Old French, Middle English lion (Latin leo, genitive leonis), hence a nickname for a fierce or brave warrior, or a habitational name for someone living at a house distinguished by the sign of a lion.2 Scottish, English, French, and Dutch: habitational name from the city of Lyon in south central France (English name: Lyons), or from the smaller Lyons-la-Forêt in Eure, Normandy. The name of the former is recorded in the 1st century bc as Lugdunum and is from the name of a Celtic god Lug (or this as a personal name, from a word meaning ‘brightness’) + dunon ‘hill fort’.3 Scottish and English: from the name Leo(n) (from Latin leo ‘lion’, or the cognate Greek leōn), borne by numerous early martyrs and thirteen popes.