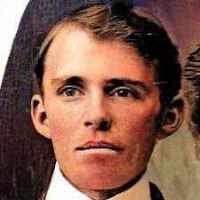 English (Midlands): habitational name from a place in Staffordshire, named in Old English with bī ‘beside’ + dylf ‘digging’ (a derivative of delfan ‘to dig’), i.e. a mine or quarry.

THE STORY OF HIS LIFE WRITTEN BY SAMUEL BIDDULPH [Written in 1937] Comments by Ruth H. Biddulph, daughter-in-law To the girls and boys--Your mother has often asked me to write a story of my life, but …