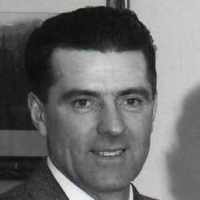 When Albert Ross McMullin was born on 30 August 1915, in Barnwell, Taber Municipal District, Alberta, Canada, his father, Bryant Ross McMullin, was 41 and his mother, Martha Minerva Ellis, was 33. He married Ida Elora Davidson on 3 June 1942, in Cardston, Alberta, Canada. They were the parents of at least 1 son. He immigrated to Sweet Grass, Montana, United States in 1939 and lived in Lethbridge, Alberta, Canada in 1926. He died on 4 May 2008, in Orange, Orange, California, United States, at the age of 92, and was buried in Riverton, Salt Lake, Utah, United States.

As told by Beth Lynne McMullin Johnson to me, her daughter Joyce Johnson Backstrom, Martha Minerva and Bryant Ross McMullin grew up in the mountain valleys of Utah. They immigrated to Southern Alber …

Put your face in a costume from Albert Ross's homelands.