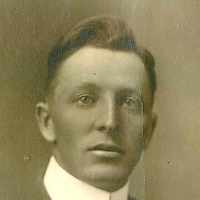 The Life Summary of Orson Parley

Put your face in a costume from Orson Parley's homelands.

Glen Tuttle Bates - My story - written at the age of 79

My name is Glen Tuttle Bates. I was born 28 August 1892, in Oakley, Cassia County, Idaho. I was the seventh of thirteen children in the family of Orson Parley and Emily Vilate Tuttle Bates. …