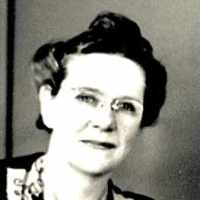 The Life Summary of Ethel Vilate

Put your face in a costume from Ethel Vilate's homelands.

Written by Gloria Carter - Daughter My father, John Soelberg was born August 26, 1897 in Riverton, Utah. His parents were converts to the L.D.S. church in Denmark and had migrated to America, so I …