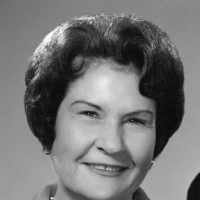 The Life Summary of Serretta Melissa

Put your face in a costume from Serretta Melissa's homelands.

Part 1: Childhood With my arrival at the home of Heber Chase Kimball Pomeroy and Cassandra Johnson Pomeroy, my parents, on the 29th of October, 1903, there was a note of disappointment as I was chil …