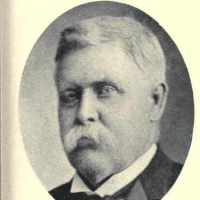 When Joseph Ainsworth Jr. was born on 22 January 1848, in Wood Green, Staffordshire, England, United Kingdom, his father, Joseph Ainsworth Sr., was 26 and his mother, Mary Hough, was 22. He married Hannah Marie Hamson on 15 May 1877, in Brigham City, Box Elder, Utah, United States. They were the parents of at least 5 sons and 6 daughters. He lived in West Bromwich, Staffordshire, England, United Kingdom in 1851 and Utah, United States in 1870. He died on 9 May 1924, in La Grande, Union, Oregon, United States, at the age of 76, and was buried in Masonic Cemetery, La Grande, Union, Oregon, United States.

English (Lancashire): habitational name from a place near Manchester named Ainsworth, from the Old English personal name Ægen + Old English worth ‘enclosure’.English (Yorkshire): in Yorkshire the name was a variant of, or confused with Hainsworth .