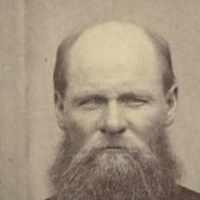 The Life Summary of Aaron Benjamin

Put your face in a costume from Aaron Benjamin's homelands.

English and Scottish: from Middle English chirie, cherye ‘cherry’, hence a metonymic occupational name for a grower or seller of cherries, or possibly a nickname for someone with rosy cheeks.Probably in some cases a translation name of German Kirsch .

Aaron Benjamin Cherry was born 5th of July, 1843 in Adams County Illinois. The son of Ebenezer Griffin Cherry and Susannah Everton. He emigrated to Utah 2 October 1847 in the Charles C. Rich Co …