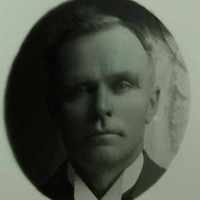 The Life Summary of Charles Jefferson

Put your face in a costume from Charles Jefferson's homelands.

In 1883, Marcus Daly established the town of Anaconda, Montana. It was at the same time that the smelting works in Anaconda was established.

I have no memories but my Grandma Russell loved him dearly. He was born in Ogden Utah November 24 1866. He was the grandson of Jefferson Hunt of the Mormon Battalion. He was a cowboy for a lot of y …